I really love the theme in this round’s literacy class. We’re learning about Mental illnesses through literary works. I was very surprised and sad to know that 60% of people with mental illness don’t seek out for help because they’re being stigmatized and classified as mentally ill. We read two older short, horrific and mysterious stories by a male famous American writer, Edgar Allan Poe. The first text was called The Tell Tale Heart, which is about a madman who doesn’t accept that he is insane. Because of a nice old man’s eye (it annoys him), the narrator killed the old man. Without any guilt at all he even hid the body under the floor and the police came to investigate and found nothing until the narrator eventually revealed the truth himself. The second story is called The Black Cat. The text is simpler and easier to understand than the first text. The Black Cat is a story that is quite similar to The Tell Tale Heart because the stories are told in the first person perspectives, who are the villains. The Black Cat is about a nice man (the narrator) who loved pets, especially cats and very graceful, until he started drinking alcohol. He started to change and become more aggressive, until one day he killed his own cat, while knowing that it didn’t do anything wrong. A few months later, he found another black cat to replace Pluto, the original cat. Not long after, he attempted to kill the cat, however his wife stopped him, so he killed his wife instead. Not very different from Poe’s The Tell Tale Heart story, the narrator hid the body within the house and kept chilled. I thought learning about the mental state through literature is very interesting and interacting simultaneously. I look forward to reading more creepy and fun texts. 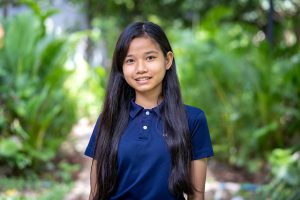